David from Australia and John from the UK visited the Barramundi ponds complex in Ban Pakong. Guided by Boy the angler’s lures were aggressively attacked throughout the day by the highly tenacious Barramundi which reside in this action packed complex. Using a variety of different lures the anglers experienced non stop action with numerous fish caught by the anglers with weights to 6.5kg’s. After a hectic six hours the anglers had both amassed a combined thirty five fish haul. 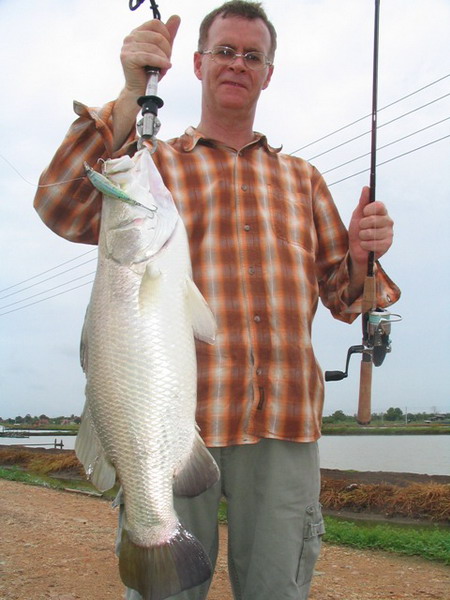