Returning client and international angler Yoji continued his angling and culinary quest in Thailand with a visit to the Amphawa canals in Samut Songkran.
With several species on his wish list Yoji was soon fishing from a small boat in a small khlong adjoining the Maeklong River.
With Archer Fish and Nandid Perch his target species the angler was soon positioned on a quiet section of canal and began fishing with small lures.
With both of these lesser known Thai fish species being much smaller than his usual targets intricate lures and small live or deadbaits were used.
The angler adopted a mobile approach and fished at several locations catching several other unwanted species in the process.
After moving several times the angler soon located some Archer fish and caught a few in quick succession.
One fish was kept for the table with the rest of the fish released after photography.
The days angling continued with Nandid Perch now the intended target.
As the days fishing passed the angler continued to explore the beautiful canal system casting his baits beside natural cover and the supports of the riverside houses.
After more interest from other unwanted species the angler succeeded in hooking a small Nandid Perch which was soon brought to the net.
With the first part of his mission completed the angler retired to a nearby riverside restaurant where his catch was cooked by the chef. 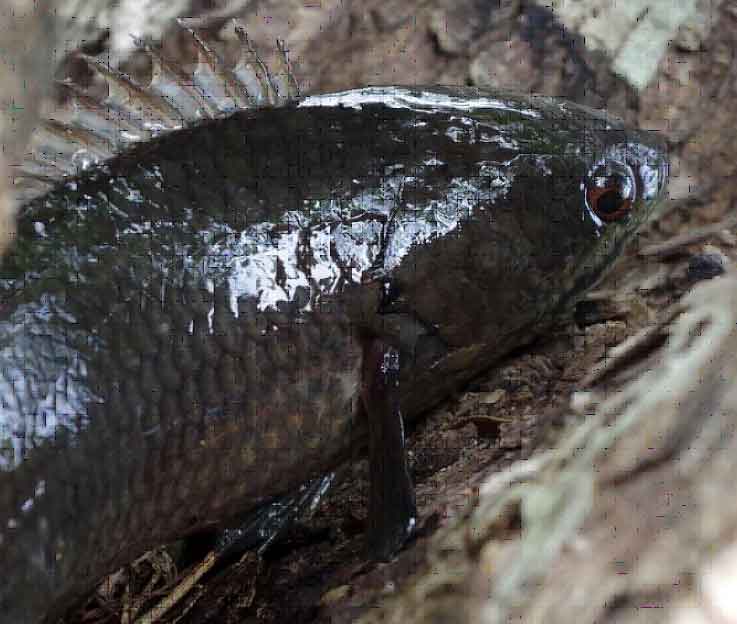