The filming of Chasing Monsters for Discovery TV with Cyril Chauquet.

After months of planning finally coming to fruition we were joined by world renowned angler Cyril Chauquet to film the latest instalment of Chasing monsters for Discovery TV.
With only 5 days set aside for filming , Cyril was soon fishing for Giant freshwater stingrays on the lower reaches of the Maeklong River in Samut Songkran. The first few days fishing for stingrays passed relatively quickly with only a few smaller sized stingrays being landed.
Throughout the filming of the show we were joined by the Chulalongkorn university veterinary research team led by Dr Nantarika Chansue who conducted various research on all specimens caught during filming.
The third day of fishing on the tidal river saw a very large Giant freshwater stingray attached to Cyril’s line, which then proceeded to tow the boat a considerable distance downstream.
After an epic and gruelling battle which saw the angler fighting the fish for over an hour and a half a massive Guant freshwater stingrays was finally netted.
With a colossal width of over 2m’s the Giant freshwater stingray was stimated to weigh in the excess of 500lb’s. 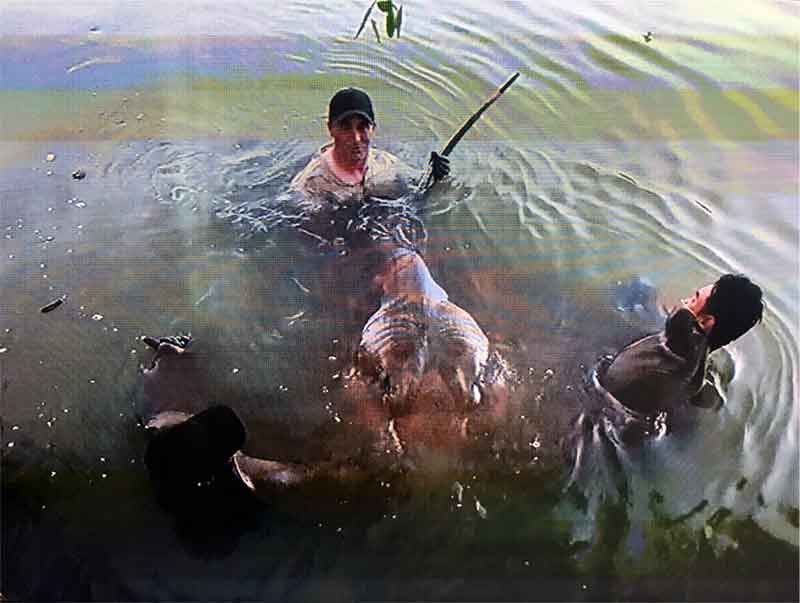