After just over an hour one of the floats burst into life as it was slowly dragged against the current.
On winding down into the unseen Giant freshwater stingray the rod was dragged down towards the surface as it took the full weight of the fish.

A ten minute battle followed which saw the angler putting as much pressure on the fish from above to keep it off the bottom.
Slowly but surely the Giant freshwater stingray was brought up through the depths until it broje through the surface of the water and was engulfed by the net.

The Giant freshwater stingray on this occasion was estimated to weigh 80kg’s and was photographed before release. 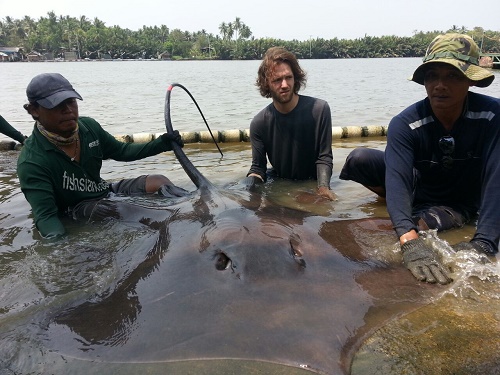