Hugo and Anthony continued their trip with a visit to IT Lake fishing for carp and predators.

On arrival at IT lake monster the anglers decided to target the many carp and catfish in the new carp lake for the first part of the day.
Fishing with light float presentations on the margins saw them catch various small carp species. Several Big head carp made an appearance in addition to Juliens golden prize and Siamese Carp.
A change over to the main predator lake after lunch soon saw the anglers getting amongst the predatory species.
During a productive afternoons fishing the anglers landed lots of Redtail catfish to 30kg+ in addition to Gar and Pacu.
The highlight of the day was a very big Chaophraya Catfish estimated to weigh 47kg which was taken on a Tilapia livebait by Hugo. 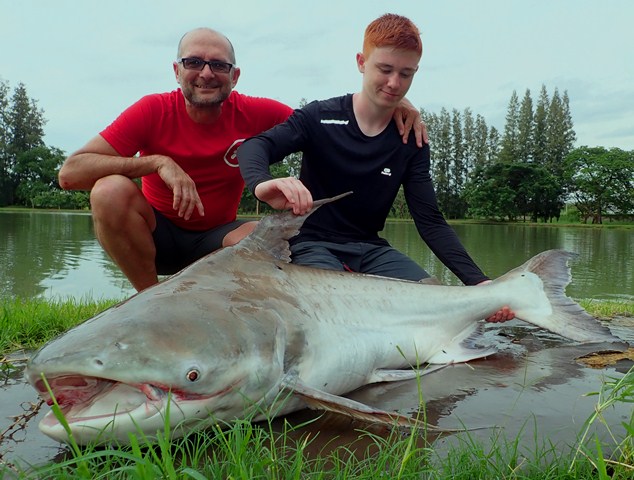