Liszt began his Thailand holiday with a day predator fishing at IT Lake Monster.
The angler began lure fishing and was soon into Pacu and Alligator Gar.

Liszt fished well throughout the morning adding more Gar and Pacu in addition to Sorubim to his rapidl;y increasing haul.
After a run of dropped fish on the lure, the angler changed over to bait in the afternoon and began to catch Redtail Catfish.

The angler landed several Redtail Catfish ranging in weight between 15-30kg which all battled every inch of the way to the net.
A change over to live Tilapia fished under a float in the centre of the lake saw a large swirl just off the float followed by a powerful take.

On winding down into the unseen fish a large form rose up through the surface revealing a long quill like dorsal fin easily identifying the fish as a Chaophraya Catfish.
A powerful battle followed which saw the Chaophraya Catfish charging around the lake.

Liszt added to his tally of monster fish with further Redtail Catfish and Sorubim upto 30kg before the days predator fishing at IT Monster ended. 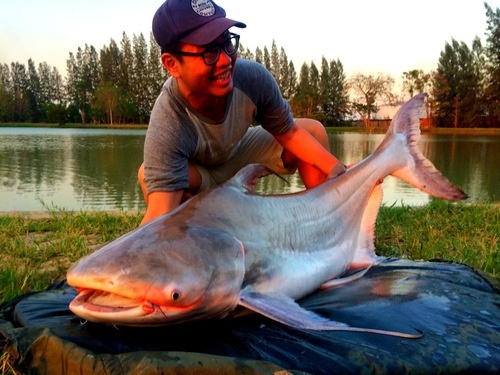