The results of the Thailand stingray fishing trip to the Maeklong River can be seen in a National Geographic show later in the year called Hooked ! Monsters of the deep. 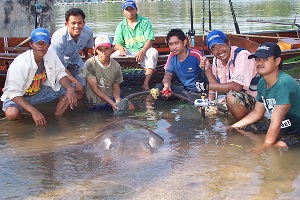