After fishing at Khao Laem Dam in far from ideal conditions the anglers still had unfinished business with the Giant Snakeheads.

It was not long before one of the anglers struck into a Giant Snakehead which put a healthy bend into his lure fishing rod.

The Giant Snakehead was quickly landed after a short battle and proudly displayed for the camera.

The Giant Snakehead of around 2kg’s was quickly released back into the fishing pond and further casts were made.

With all of the anglers fishing well through the morning they all hooked up with Giant Snakehead and Striped Snakeheads which offered fantastic sport on their light weight spinning outfits.

In addition to the Snakeheads the anglers also cast their lures into several of the various other ponds on the fishing complex resulting in several Pacu and Barramundi being landed weighing between 2-3kg’s.

After enjoying plenty of sport on the light weight lure fishing kit the days lure fishing at Pilot fishing ponds ended and the guys travelled to the Maeklong River in search of bigger monster fish. 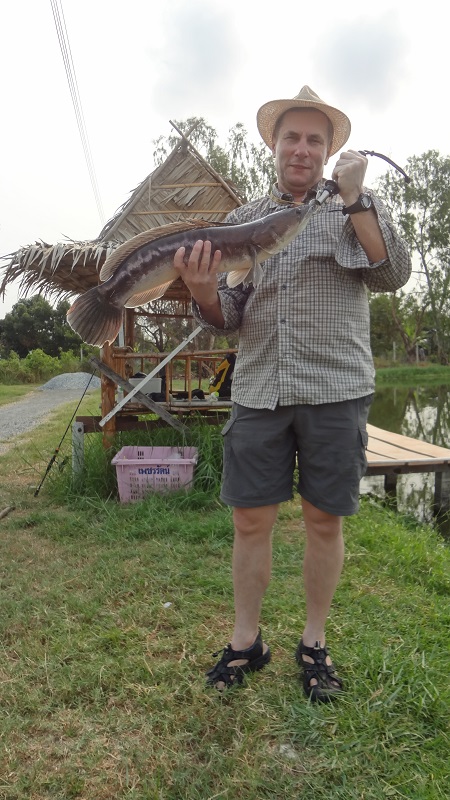