Another visit from the VRMC from Chulalongkorn saw Fishsiam fishing the Maeklong River in Thailand for Giant freshwater stingrays.
Accompanied by Dr. Nantaika Chansue the team fished in the lower reaches of the Maeklong River.

On bringing the stingray to the riverside a full scientific inspection was carried out by the veterinary scientists before the stingray was carefully released back into the tidal river.

No further stingrays were caught in the remaining hours.
Results of the trip can be seen on Thai TV in the coming weeks 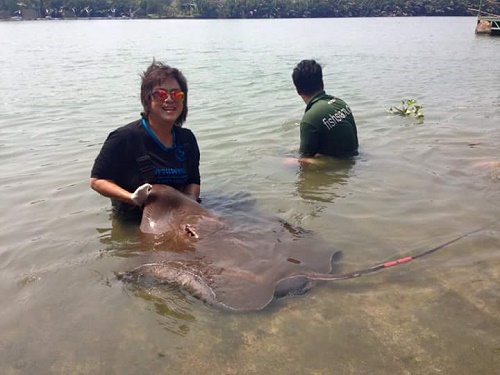