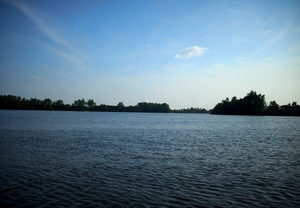 The Mekong River is the world’s tenth largest river and Asia’s seventh biggest river which stretches from the Tibetan Plateau through China’s Yunnan province before passing through Burma, Laos, Thailand, Cambodia and Vietnam.The Mekong River has an estimated length of 4,909 km’s, draining an area of 795,000 square km’s.

The mighty river rises in ‘The Three Rivers’ area on the Tibetan Plateau together with the Yangtze and Salween Rivers before flowing south west through China. The Mekong River then changes in a south easterly direction briefly forming the border between Burma and Laos before once again winding its way in a south westerly route where it forms the border between Thailand and Laos. The river then changes course once again stretching 400km’s into Laos passing through Vientiane before once again redefining the Laos-Thailand border for almost 850 km’s.
The Mekong River in Thailand continues to wind its way right through the Northern part of the country before reaching Cambodia where it receives the Sap River before flowing into the Tonle Sap Lake system and then passing through the Cambodian capital of Phnom Penh. As the river continues its winding path into Vietnam the rivers pace begins to slow as it divides into nine separate channels known as the Mekong Delta before ending its epic journey in the South China Sea.
The Mekong River is annually influenced by extreme seasonal variations of flow and is extremely hard to navigate due to various rapids and waterfalls throughout its entire length. Navigation of the river is further hindered by its flow taking it through the infamous Golden Triangle region in addition to several disputed areas in Burma- Laos.
The Mekong River is an extremely rich aquatic environment which is believed to hold over 1,300 different species of fish with at least 600 being migratory species. The Mekong River is an important resource for all of the inhabitants of the Mekong Basin providing a large portion of the local inhabitant’s staple diet in addition to providing water, irrigation, transport and energy. The Mekong River in Thailand is one of the most biologically diverse environments in the world and is home to numerous species of flora, fauna and animals endemic to the Mekong River Basin.
The river is joined by several other great rivers of Thailand which include the Ing River, Ruak River and Mun River which in turn is joined by the Chi River, Dom Noi River and Lam Ta Klong Rivers.
The Mekong River in Thailand is home to several of the largest freshwater fish species in the world such as the mythical Mekong Catfish, Chaophraya Catfish (Dog eating Catfish) and Giant freshwater stingray and various other River Monsters.
The Mekong River in Thailand is a magical fishing destination which is steeped in mystery and the unknown. Fishing on this awe inspiring river in Thailand presents the ultimate angling challenge for visiting anglers to Thailand who wish to fish for true native monster freshwater fish in one of the wildest and remote rivers in the world.